A great end. ThePremio Renner exhibition dedicated to the initiative for the young 40 y/0 illustrators had 1135 visitors. The apex was the white night of Art City, last Saturday, when it was possible to admire the 45 selected works until midnight. The 3rd of February was the last great day, with the participation ofMarie-Laure Cruschi, who arrived from Paris to present “Colorama“,L’Ippocampo Edizioni. During the meeting with Simone Sbarbati, director and co-founder of Frizzifrizzi the illustrator explained how in his books and, in particular, in his chromatic pattern book there is a double value, both pedagogical and playful, aimed at stimulating creativity in the reader through colors and shapes.

CHEAP Street Poster Art  managed the artistic direction of the exhibition, and filled the boards of his circuit with details taken from part of the artworks. All the works, exhibited at the Ateliersì, in via San Vitale in Bologna, set up by the architect Zollino of the Rizoma studio, can now be seen in the Catalog for the 2018 Premio per il Contemporaneo, on sale on IBS.it.

But let’s start from the beginning.

The first edition of Premio per il Contemporaneo collected 678 illustrations: each one, in his own way, gave a shape to light blue. Sea, sky, water, animals: these are the most represented subjects of the illustrations received within the closing date, on the 10th of October. Until the 12th of December the jury had the opportunity to think and discuss which work could best represent the theme launched by Renner Italia.Vanna Vinci, Lina Vergara Huilcamán, Lorenzo Balbi, Simone Sbarbati, Sara Manfredi and the general manager of Renner Italia Lindo Aldrovandi agreed on “Guado” by Michele Cazzaniga. So original but yet surprising. The winner explains his work in front of the cameras of Bologna Today: “I wanted to imagine a fifteenth-century interior where everything was light-blue, where all the productions were light-blue, as if my characters enjoyed the wonder of the advent of blue and blue in their world, and so they wanted everything in that colour”.

In addition to the € 10,000 up for the winner, Renner Italia awarded a thousand euro to two special mentions: “Azzurro dentro” by Alessandra Manfredi and “Azzurro – Una storia” by Daniele Catalli. The first wants to represent the pollution of the seas through a fish bestiary. The second refers to myths, events, characters, places and autobiographical notes, all reported on a series of porcelains.

But why did Renner Italia choose to promote such an initiative? The general manager Lindo Aldrovandi explains it in a few words: “Renner Italia’s voice is the voice of the productive world that addresses to young talents to say: stay here, we need you to continue cultivating the sense of beauty that made great our Country “.

Renner Italia will continue to promote this initiative, for the second edition of the Premio per il Contemporaneo 2019.

Exhibitions: tomorrow in Casablanca, next Monday in DubaiCompany, Renner Blog 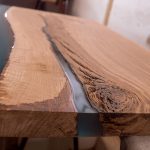