DESIGN WEEK: DO NOT MISS STEFAN ALBER’S INSTALLATION AT FUTURDOME

The Uncanny Valley hits the ground running: it is an exhibition of 25 artists from the residential program Eau&Gaz from Appiano (Bolzano), situated in Milan inside the 1.110 square metres of FuturDome. Last 1st of April 1700 people visited the vernissage. This number is going to increase during the design week, starting today. Inside The Uncanny Valley there is the artistic contemporaneity of an entire community. The German-speaking community, that works in South Tyrol.

Among the exhibitors there is also Stefan Alber with Aeropalco. The artist reproduced on a 1:3 scale the roof of the service station of Fiat Tagliero in Asmara, the capital city of Eritrea. This service station was projected in 1938 by the engineer Giuseppe Pettazzi in futurist style. 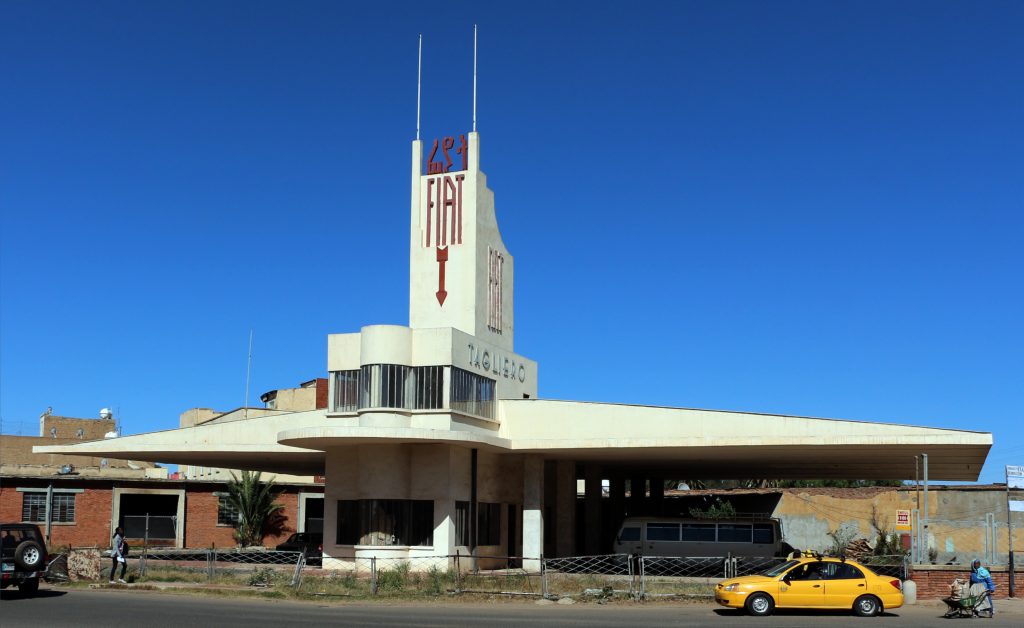 This was not a simple petrol station, but a building, that should recall the figure of an airplane, with a central tower, on whose sides were hung 15-metres long wings. According to the Italian laws of those times, the concrete wings should have been supported by the structure. The day of the inauguration the workers refused to remove the supports used in the building site, fearing the collapse of the “colonial spaceship”, as it was named later. Pettazzi convinced the constructor and the workers to remove the supports. To convince them, he threatened them with a gun. If considered from a historical point of view, Pettazzi’s project and act do not surprise us. The avant-gardist architects were sent to Asmare to project buildings outside the box. An irreverent way to export the Italian idea of modern city. 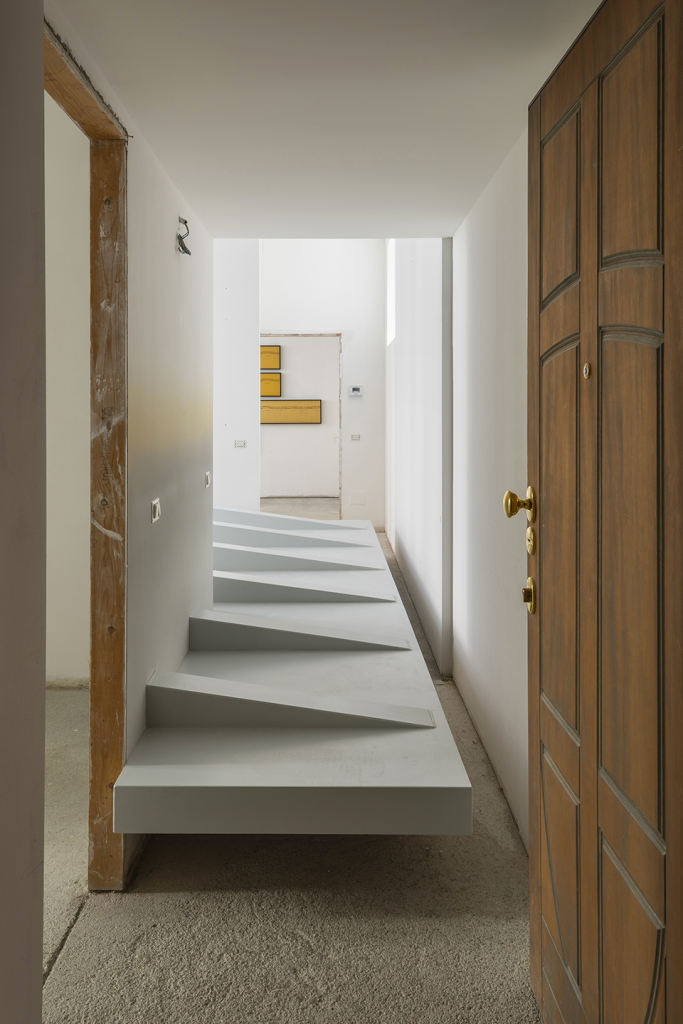 Pettazzi’s architecture keeps on being discussed after 80 years. Stefan Alber’s Aeropalco explains in critical way that imposition and raise the discussion up again on that aspect of the fascist architecture. A work, that let the people reflect. Stefan Alber used Renner Italia water-based coatings to realise the surprising suspended volumes of Aeropalco. 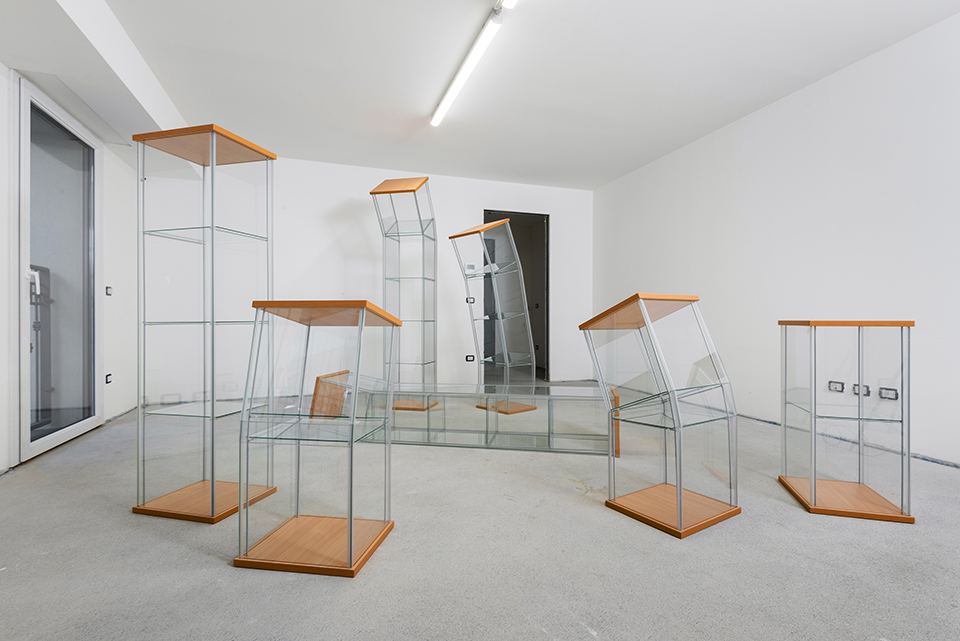 An exhibition, not to be missed during the design week

Move back to The Uncanny Valley. We asked Ginevra Bria, the curator, about the feedback of the exhibition. «We brought over 25 artists in 1.100 square metres and hosted 1.700 people only in the first 2 hours and half of the inauguration, on Monday 1st April – Bria commented with satisfaction -. During the week of miart directors of Italian museums and international curators, such as gallery managers, artists and students of many academies visited us. We were recommended as an event, not to be missed, not only by magazines of the field, but also by newspapers such as La Repubblica». 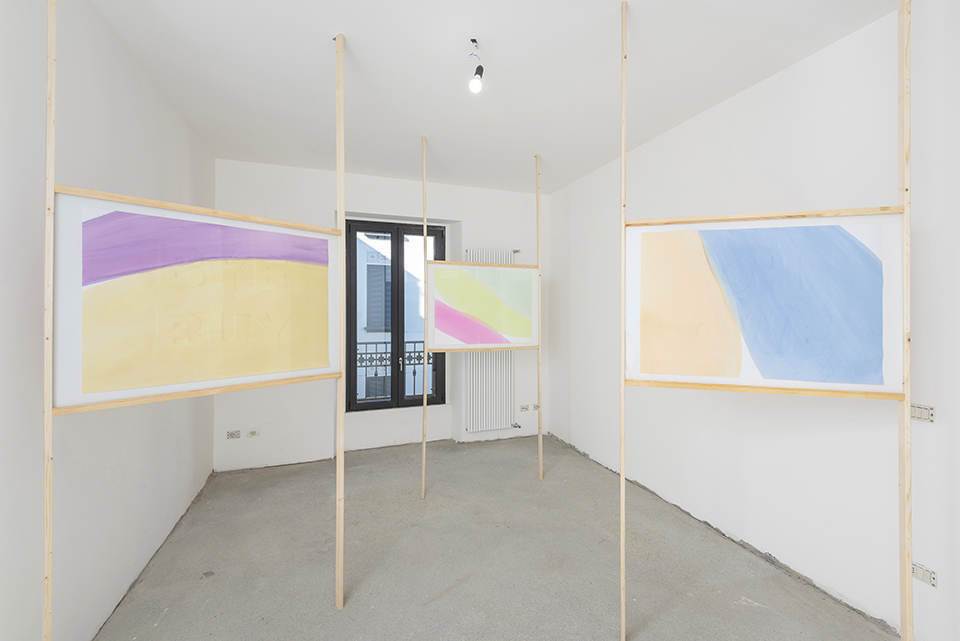 Also Linda Kuhn among the exhibitors of the show

It is really a good viaticum. How does this event talk with the design week?

«During the design week we will present the exhibition catalogue, including pictures of the works installed in FuturDome. With us? All the companies, that supported the event and produced site specific works of some artists. At a media level Fuorisalone.it and Porta Venezia District recommended us; furthermore, in a geographic point of view, we are situated just a hundred metres away from Studio Pepe, Spazio Maiocchi and Alcova, the real research centres concerning new design frontiers. This year we are exhibiting only artists. Even if during the evening of the 11th of Aprile Loom-est, a fashion magazine residing in FuturDome, will present a selection of 11 emerging fashion designers». 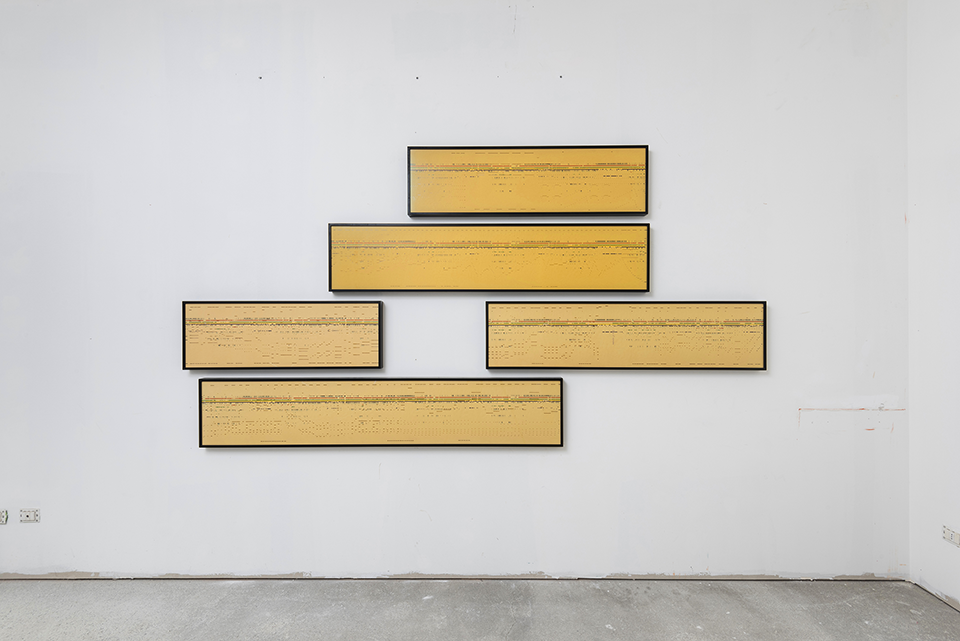 A work by Silvia Hell. The artists exposed are 25.

The Uncanny Valley enhances the concepts of exclusion and relocation. Is the contemporary art destined to be marginal, if expressed in suburbs?

«Through the eyes and the works of international artists, that lived in South Tyrol, The Uncanny Valley enhances once again how the South Tyrol German-speaking community is not a residual of a language and culture, mainly not written, besieged and constricted, but it belongs to a strong and wide-spread linguistic and cultural community, and also near, so that everyone can participate to its vital circuit. Furthermore, it’s about a ethno-linguistic and sociologic group (in that sense, also the Ladins are included), that is numerous enough to grant itself a complete and independent life, with sufficient cultural and material resources to ensure vitality and continuity». 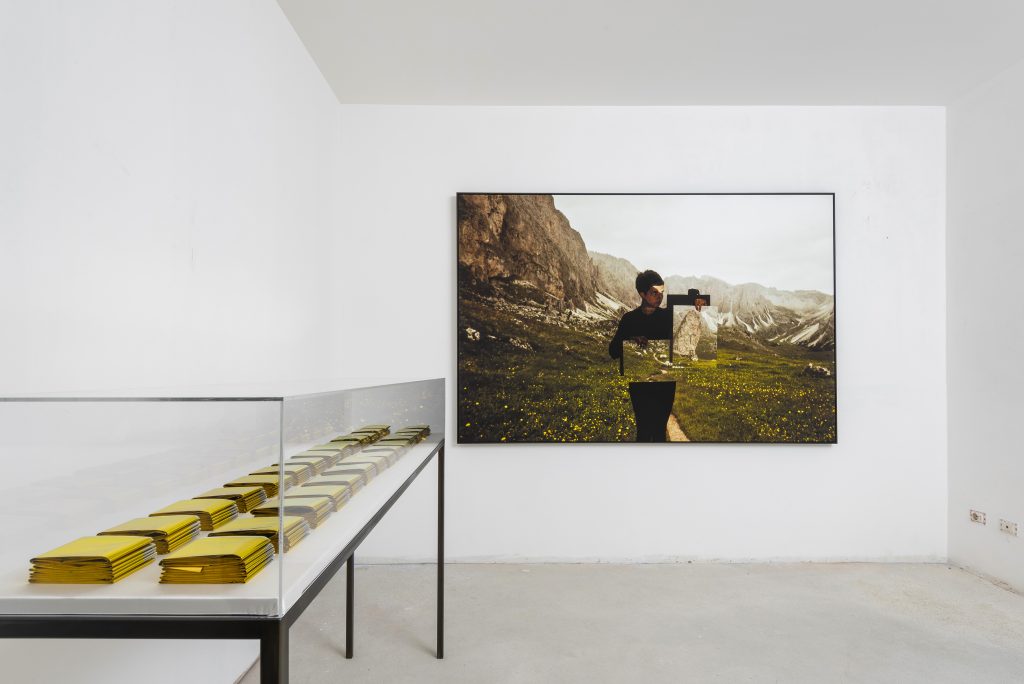 Some of the works, in particular Stefan Alber’s Aeropalco, are covered by Renner coatings. Which role does the wood in the contemporary art cover?

«The wood is the protagonist in many exhibitions. But there are few artists, such as Stefan, that can work it directly without the help of artisans or specialized workers. An example? The show in Fondazione Prada, that has just inaugurated by Fitch and Trecartine, or the exhibition at Converso by Kaprow. The wood is both structural, for the exhibitions, and sculptural material, used by artists such as Evgeny Antufiev or Stephan Balkenhol, really appreciated during the last Miart edition». 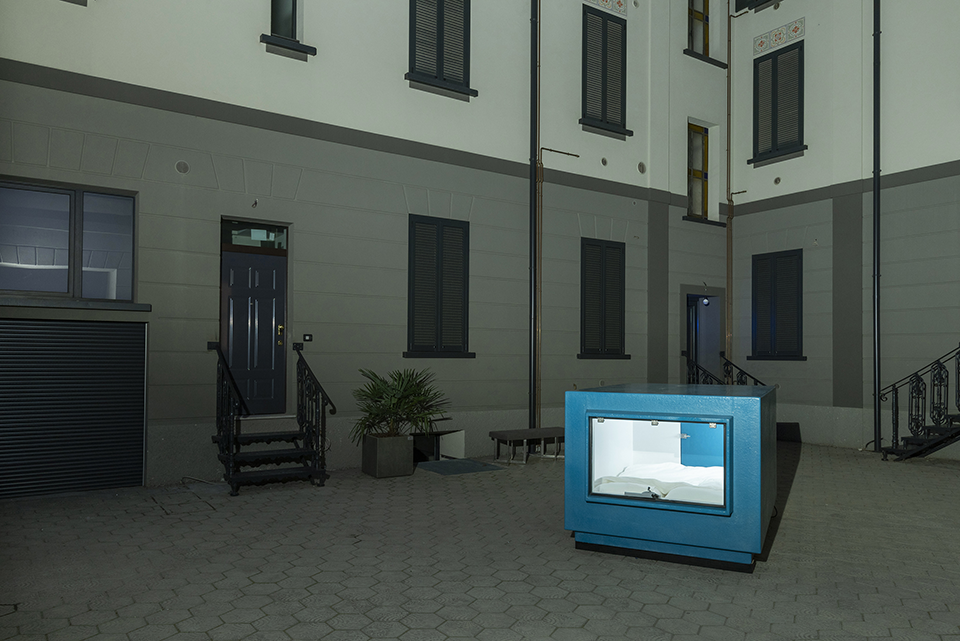 Mini capsule by Atelier Van Lieshout in the courtyard of FuturDome

Renner Italia coatings for the contemporary

Just few weeks before the launch of the 2019 edition of Premio Renner per il Contemporaneo, our company confirms the support towards FuturDome and remains in the list of the partners of the Futurist house in Milan.