Holidays, books and Expo? It’s on Renner Italia for its employees

[25.06.2015] Good news for Renner Italia’s employees. Our company, that produces wood coatings in Minerbio (Bologna), distributed 8.450 euros extra to its employees during the last three years. More than a 15th month salary. Nothing new at the moment. The real news is that, once the old enterprise bargaining agreement expired, Renner Italia is presenting a new agreement with new policies for its workers. And they could put in their pockets up to 3.350 euros more than the 14 pay checks. Here are the main points of the agreement achieved with our Union representatives of Filctem-Cgil.

“An extra salary against recession”

From 2015 (and forever) each Renner Italia’s employee will receive 1.150 euros gross, independently from the company trend and the achievement of other objectives. Until 31st december 2014, the bonus was proportionate to the company incomes.

Tax wedge and value of life are overwhelming employees’ pay checks. For this reason, Renner Italia started a new company welfare season. Workers’ families will use a 500 euros bonus in order to purchase goods and services. Not only the nursery school, the other schools and the pharmacy, but also holiday packages, books,  gasoline coupons, music on Apple Store, Amazon coupons. And so on: tickets for the cinema, for Expo 2015, for sport events, etc… Each Renner worker will have an online account and will be able to manage its 500 euros from smartphone or pc.

600 euros gross extra will arrive from some of the accomplishments the company considers very important. Our workers will have to:

– make their best efforts in the ongoing anti-waste marathon in Minerbio; according to an environmentally friendly philosophy involving everybody (limiting the energy invoice throughout some good daily operations, waste disposal proportionated to the weight of paint produced, careful materials selection…);
– a continuous application of the Kaizen 5S (Toyota Production System) for a constant improvement (seiri: systematic arrangement; seiton: sort; seiso: shine; seiketsu: standardize; shitsuke: sustain);
– always use the security systems for personal safety.

If Renner Italia is a company in constant growth, it is due to women and men part of it. Between 2012 (68 million euros sales volume) and 2014 (88,5 million euros sales volume), thanks to the excellent economic trend, the company hired 67 with time unlimited contracts (17 more employees in 2015). In the same time, through second-level contractual agreements, 8.450 euros have been distributed in Minerbio, for each worker. A recent study from Giovanni Ciafré, professor of Financial analysis and Business plans at the Università Politecnica delle Marche, showed that the average value of work per person at Renner Italia, is 6.000 euros higher in comparison to other competitors ones. Everyone in Minerbio team produces 102.000 euros more than the competitors. More well-being for the workers means a better company performance. With these premises, during the 2015-2017 period the enterprise bargaining agreement will include a bonus linked to company trends, variable between 800 and 1.100 euros.

With an agreement envisaging a consolidate of 1.150 euros, a welfare portfolio of 500 euros, a quality bonus of 600 euros and a bonus linked to company trends between 800 and 1.100 euros, Renner Italia’s workers collects their daily labour fruits and look at the future with confidence. 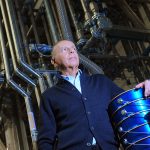 The Via Emilia “Olivettis”, an article by Corriere della SeraNewsstand, Renner Blog