The colours of the house according to musical taste

By Simone Sbarbati
Posted 16 March 2020
In Uncategorized
The colours of the house according to musical taste2020-03-162020-03-16https://renneritalia.com/wp-content/uploads/2017/01/logo-renner-italia.pngRenner Italiahttps://www.renneritalia.com/wp-content/uploads/2020/03/i-colori-per-la-casa-in-base-ai-gusti-musicali_chromesthesia_cover.jpg200px200px

Perceiving a flavour of a music, listening to colours, seeing the sounds and the shades of numbers. These are perception phenomena that are part of a neurological condition, called sinestesia. When a sense feels a stirring, synesthetes feel another sense involuntary activating.

Between approximately 5 and 15% of the world population can host some kind of synaesthesia. The most common one is the so called cromestesia, namely the capacity to see the colour of sounds. For artists, this kind of condition is an additional creative weapon to their armoury. In fact, a lot of people in the art field went through it: starting from musicians, such as Mozart, Duke Ellington, Stevie Wonder, Aphex Twin, Pharrell Williams and Kanye West, to painters, such as Van Gogh and Kandinskij. But this “power” is not so bad also for interior designers! For this purpose, HomeAdvisor website thought of hiring two chromesthetes to discover which could be the colours of the houses of the enthusiasts of specific musical genres.

The colours of the house according to musical taste: A rock room 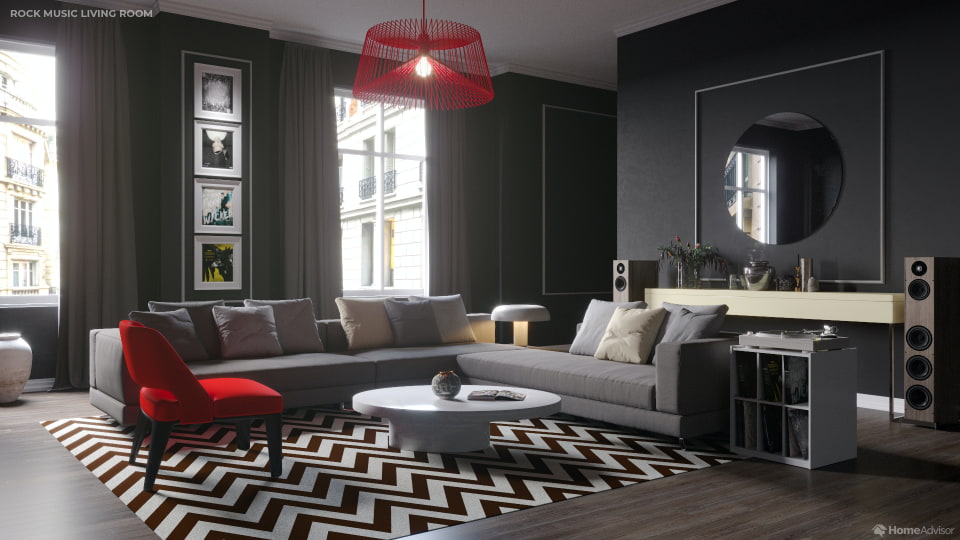 The experts Rachel and Michael listened to some of the most important songs of 10 different genres. From rock to country, from pop to jazz, from rap to Latin music, they suggested the palettes they have seen during their listening. By means of those chromatic palettes, the designers of HomeAdvisor successively decorated a virtual room in different versions.

Hereby you can discover how could be the colour of the house according to your musical taste: from minimal but powerful combination of rock, to the rainbow of pop and rap. From cold colours of electronic music to the hot ones of country. 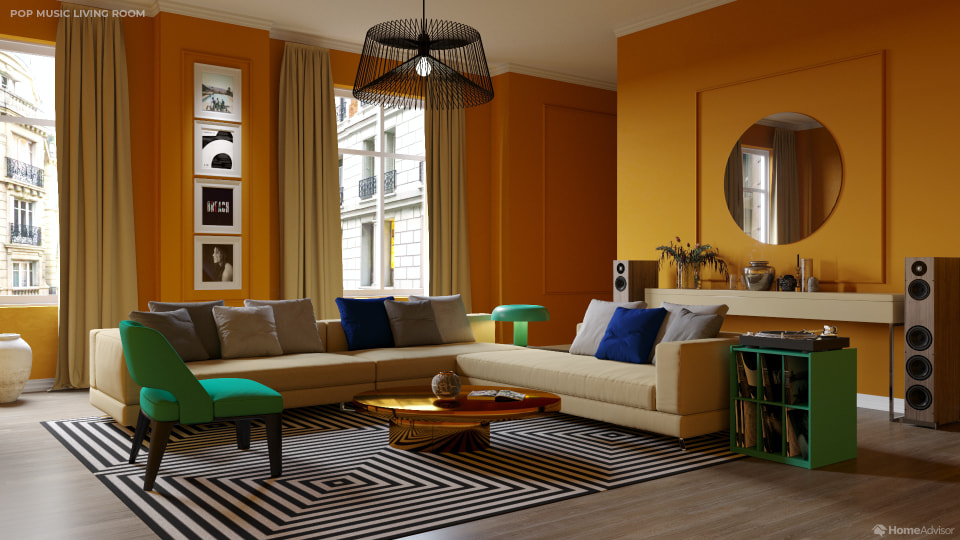 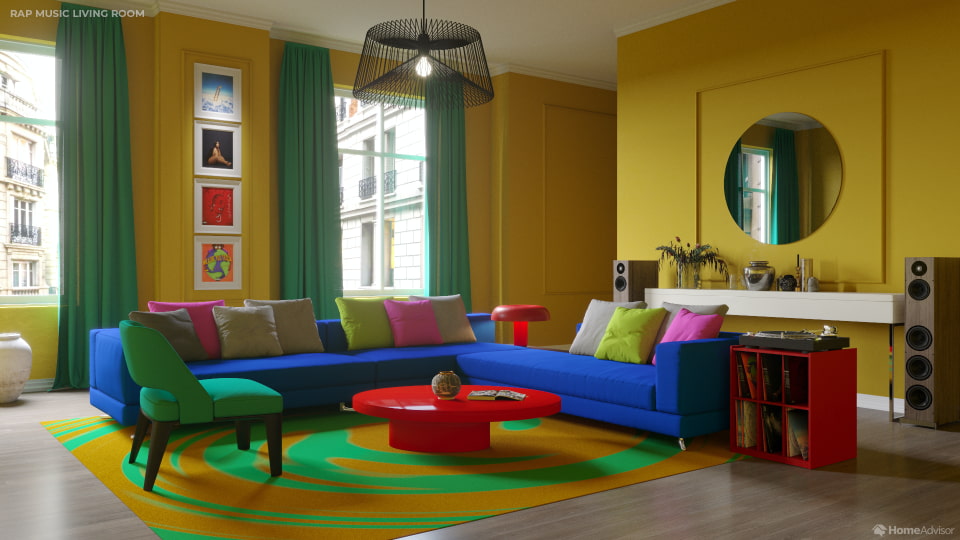 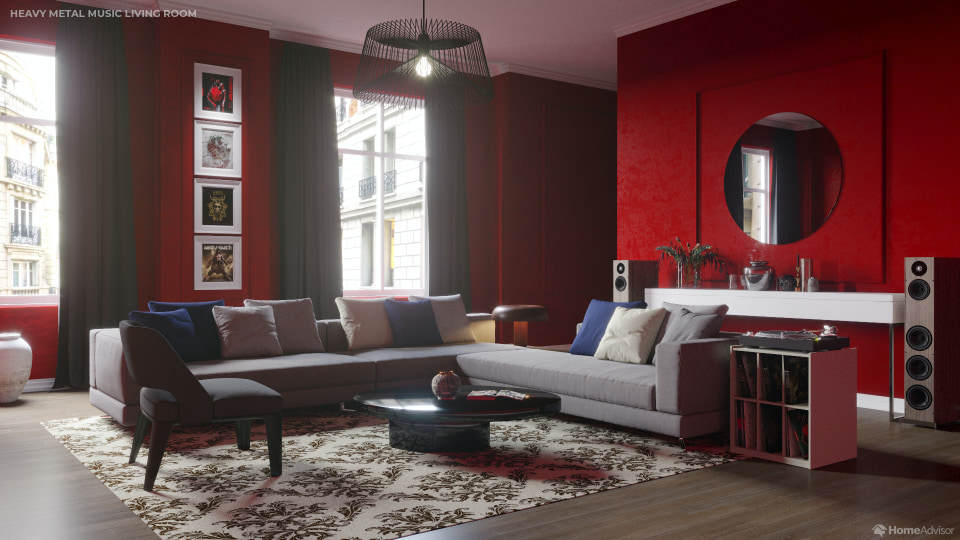 THE COLOURS OF THE HOUSE ACCORDING TO MUSICAL TASTE: A COUNTRY ROOM 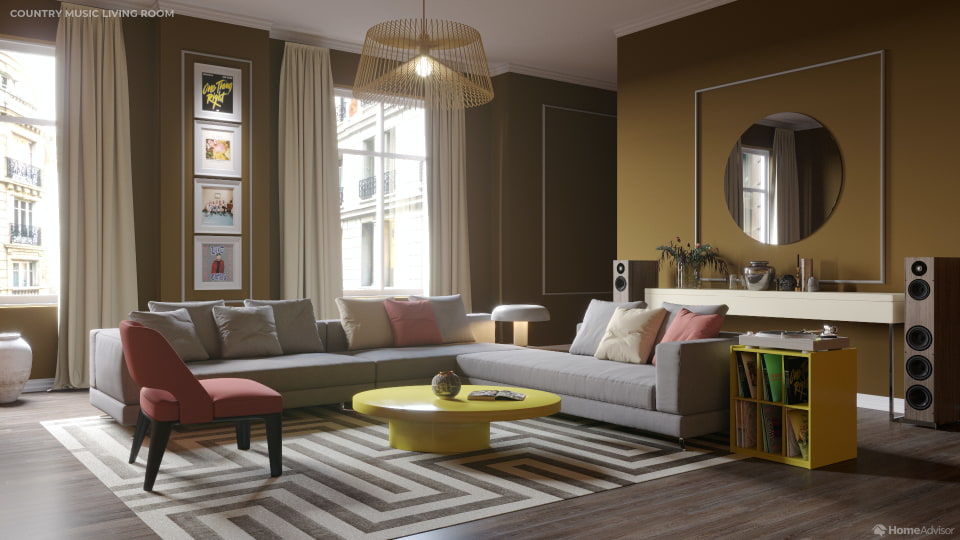 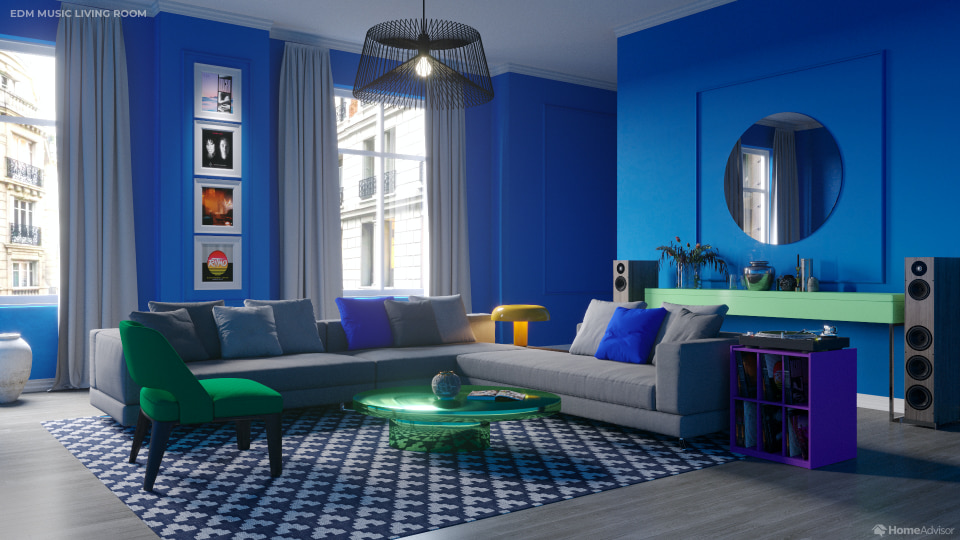 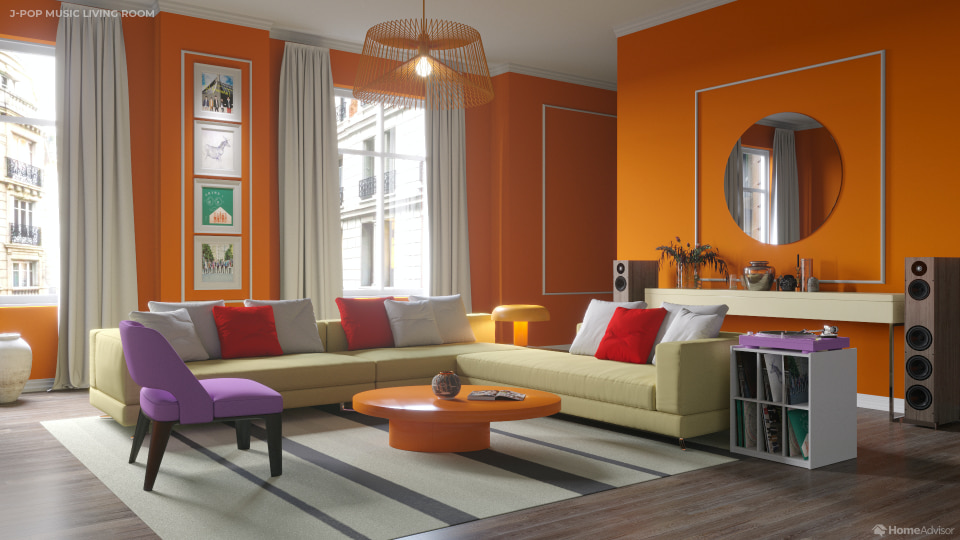 THE COLOURS OF THE HOUSE ACCORDING TO MUSICAL TASTE: AN INDIPENDENT HIP-HOP ROOM 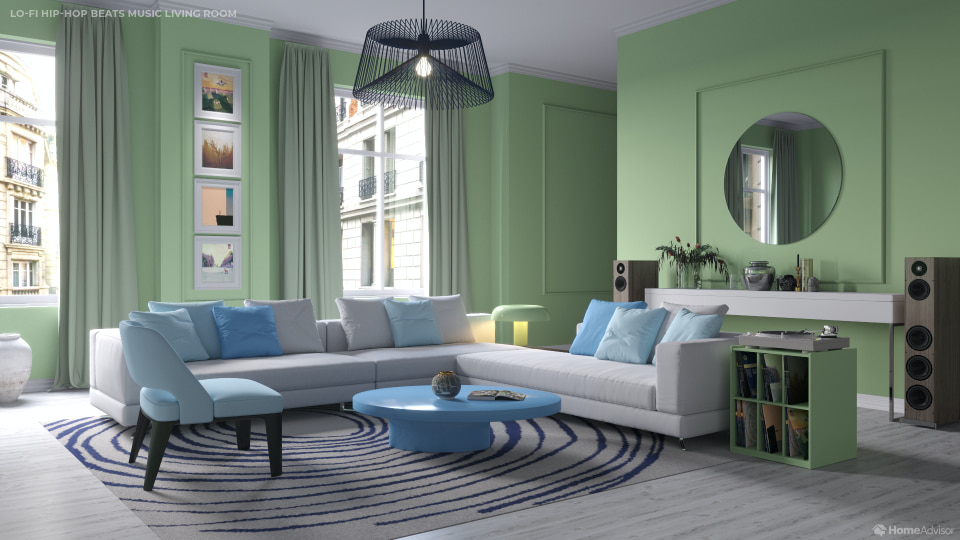