Renner Italia employees keep smiling. Good news: the third second level collective agreement of the company was signed. The dialogue with the trade unions and the Filctem-Cgil keeps going.

During the last seven years Renner Italia distributed 17.485 euros (gross) extra to each employee. A few days ago the company signed the third second level collective agreement. This time, a message was given to those who want to start a family. Will you get married? The company gives you 250 euros. The family becomes bigger? Renner gives you other 250 euros, for both biological or adopted son.

And if you’re a dad, you have one rest day more than what is established in the National contract of chemists.

The most important news of the second level agreement of 2018 are to be added to all the rights previously acquired. That is: 1.150 euros extra in payroll; 500 euros for welfare (contribution to nursery school, school books, medical treatments, domestic budget, travels, leisure time, etc.); 600 euros for productivity, revised and increased to 800; the fourteenth monthly pay, which is not included inside the national employment contract. 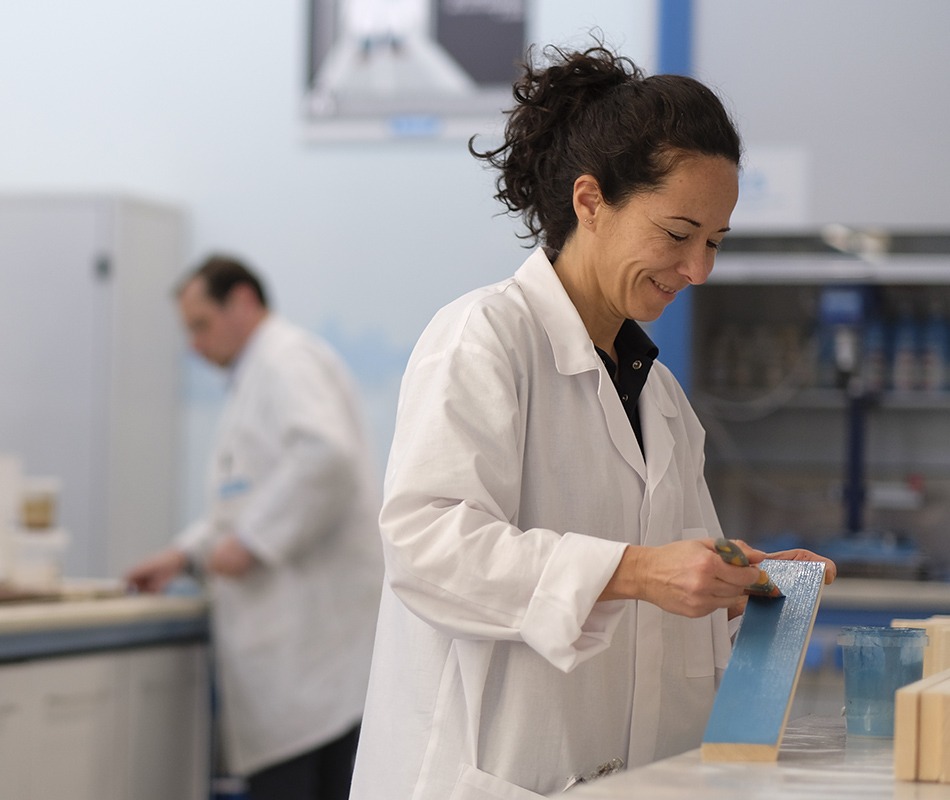 Renner Italia is always attentive to its employees well-being.

But this is not all. There are also work bonus for the company economic result: 800 euros.

On balance, at the end of 2018, each Renner employee, with respect to the ordinary salary, will gain 3.500 gross euros more (welfare amount is the only to be considered net). Unless he/she gets married and becomes dad/mum. In this case the total gross amount will be 4.000 euros.

In the earth of the Italian area, Renner keeps being close to families and to the territory. In the last three years, thanks to the project La Buona Vernice, the company contributed (with € 105,000) to the opening of soup kitchens and handcraft workshops for needy young people, supported children’s book festival and supported street art interventions, encouraged young theatre companies and distributed defibrillators throughout the territory.

This year Renner has focused on Premio per il Contemporaneo to support Under 40 illustrators.

Registrations are opened on www.premiorenner.it until October 10th. Up to 10,000 euros, an exhibition during ArtCity Bologna and a catalog to be won.