WEB MEETING, THE ADVICES OF THE IMAGE EXPERTS OF RENNER ITALIA

The pandemic has been keeping us blocked away from friends, colleagues and family for days. Nowadays the technology helps us. Social networks and above all platforms for online meetings are useful tools to reduce the distance. There are lots of applications that aim at this social function: WhatsApp, Facebook, Skype, Houseparty and Zoom are only some of them.

In the world of social distance that makes us smarter and super connected, which image of us should we give to the webcam?

We asked this to photojournalists, videomakers and directors, that have been working with and for Renner for years.

Among the most influential international photojournalists, Francesco Bellina is just thirty years old and has been already noticed twice by World Press Photo Joop Swart Masterclass. His photos are published every day on newspapers and magazines such as The Guardian, Wall Street Journal, Le Monde, BuzzFeed, L’Espresso, Internazionale e The New York Times. Sensitive to the theme of migrants, he often travels to Africa to testify with his photos the traffic of human beings and sex slaves. Between a reportage and another he lives in Palermo. In 2017, when he travelled to the North of Italy, he came to Renner to photograph where the ethical coatings were born.

Bellina, what about your days during the pandemic?

I keep on working, of course going out at the minimum and wearing all protective equipment. Above all during this time, I’m focusing on themes, that I have at heart: human rights, workers, care for weak people. Recently I’ve visited migrants’ tent city and covid-19 hospital in Catania. 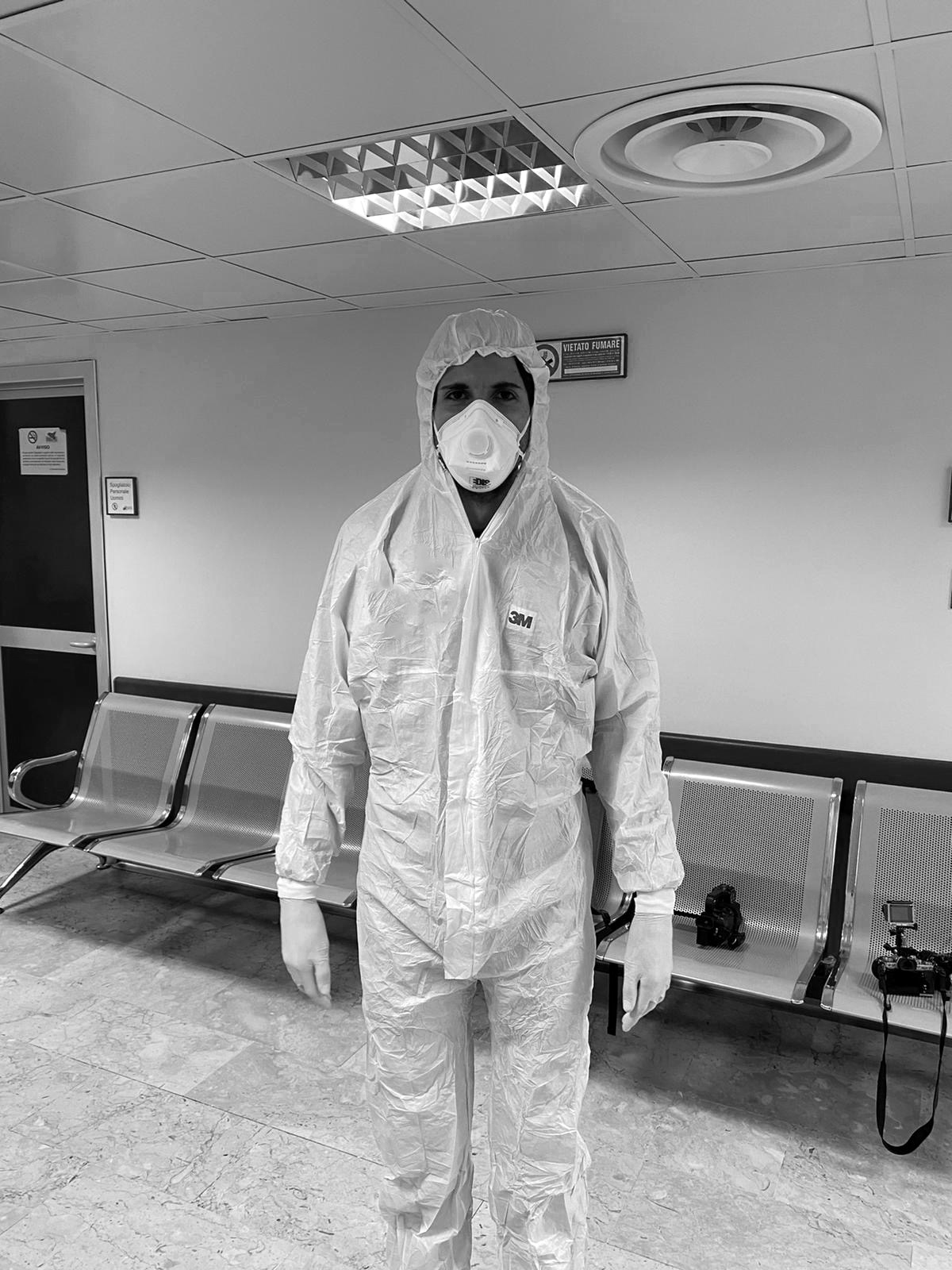 People, that have the possibility, stay at home and use video calls. You’re an expert, some advices?

I know it’s taken for granted. First of all, check if the camera is cleaned. Often we adjust the light of the smartphone for hours, in vain. Actually it is only necessary to check if there are dust, humidity or spots on the lens.

Subsequently, if we are having a job meeting, take care not to have spaces or rooms out of control behind you. It isn’t nice to watch family or pets moving, in unsuitable situations.

About the background: bookcase, white wall or…?

I like homogeneous backgrounds, even if coloured, but coherent. I suggest you to avoid background full of things or with a particular, that catches the attention of the speaker, distracting him from people that are speaking. Long live to orderly bookcases, avoid lots of twisted pictures. For my video calls I prefer light at 45° (window or lamp) and a white wall behind me. Less is more.

ANDREA PEDNA: LIGHT FOR THE EMOTIONS

Freelance professional and film director, Andrea is teacher of digital video at ISIA in Faenza. Last year he curated the international project of street theater Mauerspringer. For Renner he curated (among other projects) World Wide project in 2011 and video tutorials of Rio Verde Prestige range.

Pedna, how are you using video call technology regarding your job?

During these days I’m teaching online and very often my students have the window behind them. I’m upstream: there is nothing worst! The webcam has the automatic control of diaphragm, so the backlit speaker appears like a demigod in his half-light of magnificence. The face hidden in the shadow contains the implicit signal of non-opening and non-hearing. 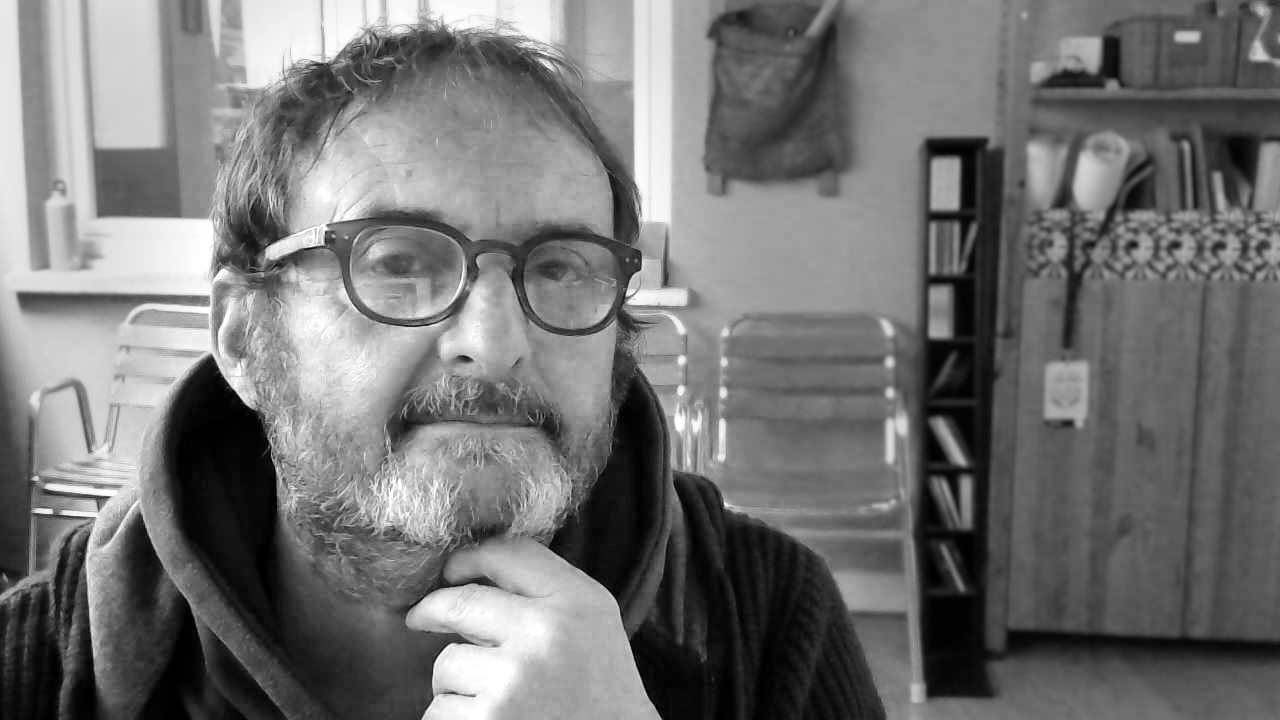 Maybe they’re only shy. Sometimes the face of the speaker is covered by white spots.

When the light is too strong on the face, “burnt” areas appear due to overexposure. Webcams don’t blur, so it is necessary to use the lights in our rooms in a suitable way. First of all, the frontal light doesn’t have to be too strong, whilst the background must be less lit. In this way, the webcam better focuses on the faces, standing out against the dark background. Unfortunately people don’t think about it, but the light communicates different emotions. If it’s about a warm and soft light, the speaker will perceive warmth from our video call. In case of very strong neon lights, the given effect will be disarming, leaving no desire to continue the conversation with us.

In a normal video call we don’t communicate only by words, but also by implicit messages.

Of course. Never underestimate the framing because it transmits emotions. And the video call itself represents also our actual disposition.

I warmly suggest to avoid video calls with the background just behind us: a wall or a bookcase near our shoulders transmits the same disease that the great film director Murnau represented with his Frankenstein. In this moment people don’t need anxiety at all. For this reason, it is better to have the background at two metres of distance.

RODOLFO GIULIANI: SEASICKNESS, NO, THANK YOU

Professional photographer, he lives and works in Bologna. He’s been working for 15 years with La Repubblica, Il Resto del Carlino, L’Espresso, Panorama. Currently he’s focusing on communication for big companies. He has always curated the photography of Renner’s events.

Giuliani, is it better to switch on the cam in front of a window or a lamp?

Natural light. It is always better to be in front of a window. Other artificial light sources can given variable shades to our face: from yellow (table lamp) to green sheens (neon). Of course it is possible to balance the colour on the smartphone, but who really cares? In case of artificial light, it is recommended to put the lamp in front of us and slightly high up, to avoid unpleasant shadows. 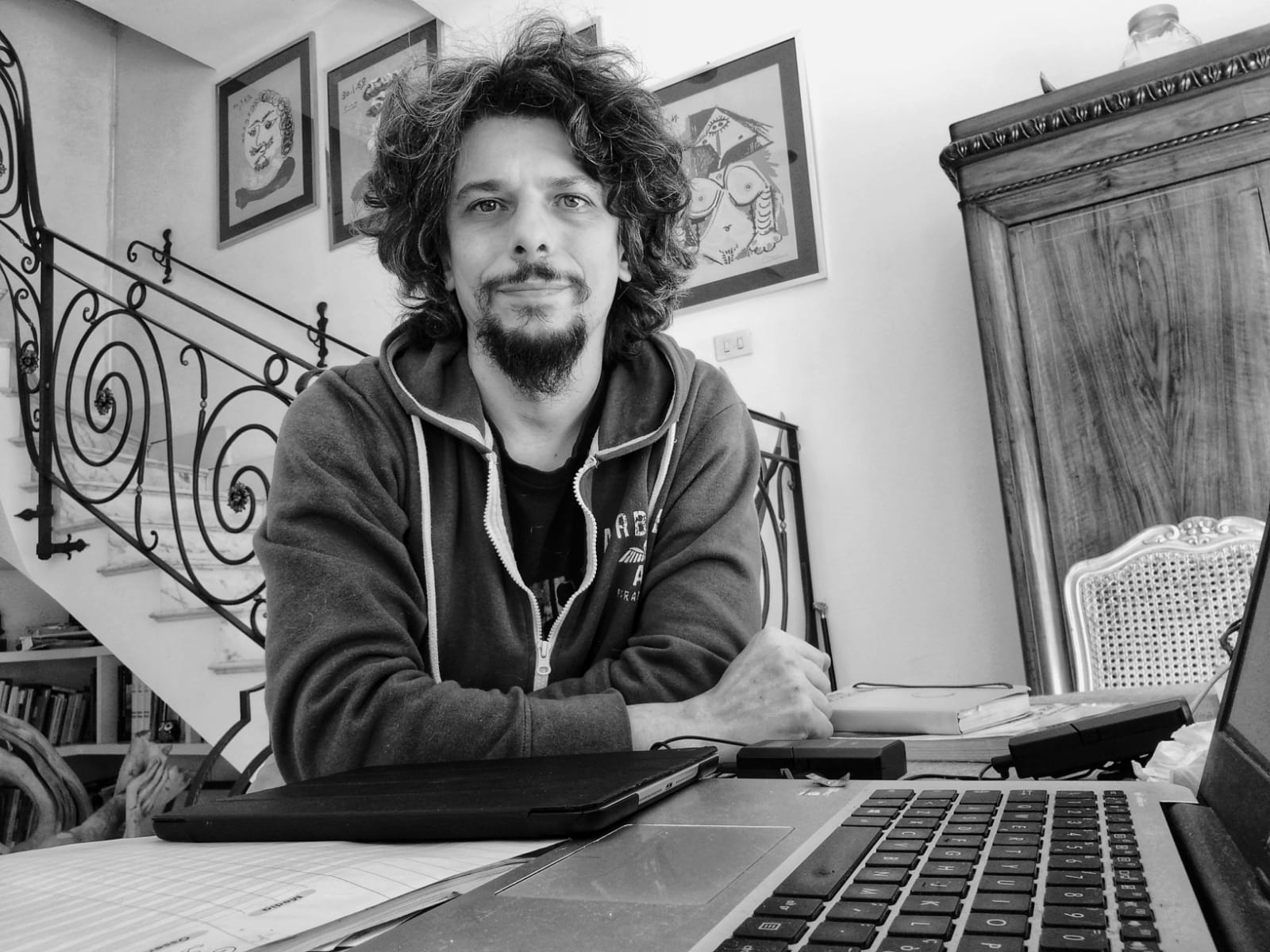 First of all, fix the phone on a stable support, so that the image will be fixed: avoid to keep it in the hand provoking seasickness to the speaker.

My suggestion is to keep the phone horizontally for a 16:9 framing. The best format. Avoid bookcases or shelves full of messy or boring binders. Furthermore, it is recommended to appear medium close-up, without exaggerating with too much wide framing.

DANIELE AMENDOLA: THE BACKGROUND IS ABOUT US

Film-maker for big companies, from automotive to recording, from farmaceutical to spirits field. For Renner he curates projects such as Color Tunes corporate and Pure spot.

Amendola, what is the common thing of cam among people at the time of covid-19?

Regardless of the context, both working and informal, people always choose a background that represents their values and interests. If in a video call we meet a footballer, for example, behind him we will see the won prizes of his career; a photographer will have behind him his working equipment, whilst an engineer a bookcase with sector magazines and the computer inside the framing. The background we see always contextualises the subject.

Can you tell us some tricks?

If we want to make an impression on people we are talking with, it is better to keep the phone or the webcam sloped bottom-up. On the contrary, if we are having a conversation with friends or people we know very well, avoid hero-shots, i.e. bottom-up framing. It is preferable to fix the smartphone on a support at the center, in a room full of light coming from windows or clerestories. 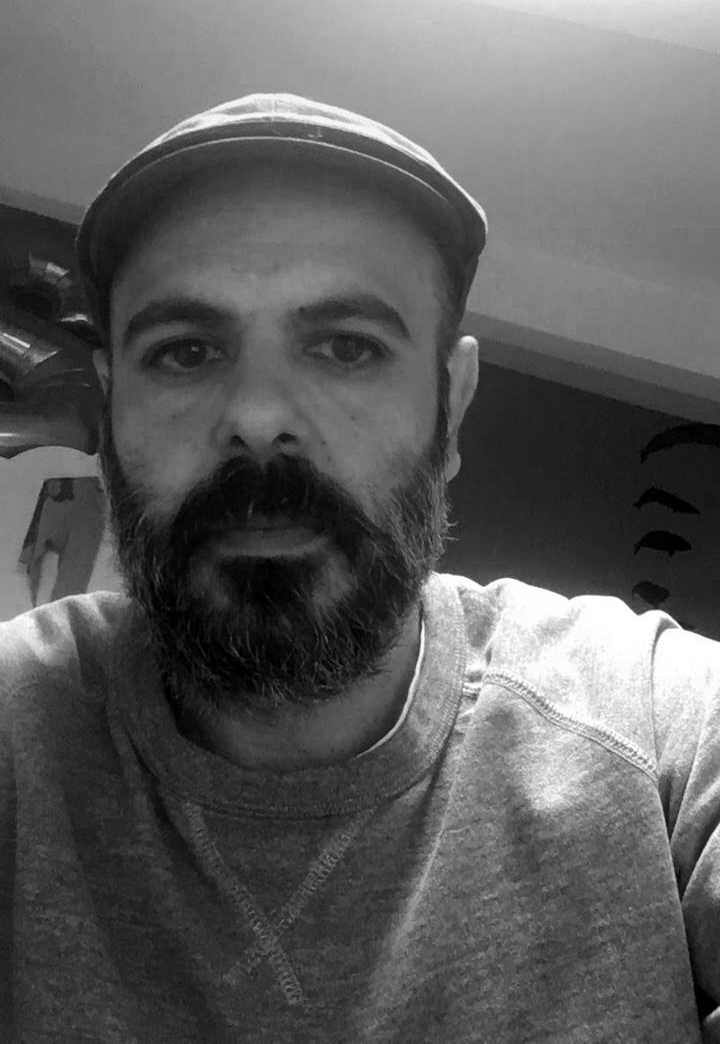 Youtubers and bloggers use the cam just to catch likes and followers. Why are they so good at it?

The first use a fixed camera with a light rig, to be directly enlightened (and to hide imperfections or wrinkles, as for tv shooting).

Instead, the second always use two cameras to shoot themselves in order to be various and not be boring for the followers.

MASSIMO PAOLONE: SAY NO TO RADIATOR

Photojournalist specialised in sport events, such as cycling or football premiere league, for LaPresse agency. Born in Pescara, he lives in Bologna, but works around Italy and the world, enriching with his photos important newspapers such as la Repubblica, La Gazzetta dello Sport, il Corriere della Sera, il Corriere dello Sport e Sportweek. For Renner he curates the company events together with Rodolfo Giuliani.

Paolone, how are you living this emergency?

At the beginning I was blocked in UAE, while I was reporting UAE Tour (cycling). The return trip was a nightmare. When I finally came back to Italy, I focused myself on representing the emergency situation, even if people are very sceptical in front of a photographer. A photo of mine representing the empty city of Bologna has been published on The Guardian, because foreign people are focusing a lot about the Italian situation.

At the time of webconference, which is a recurring mistake?

The syndrome of the empty wall. Very often people are totally off screen. The speaker sees an empty wall, or, even worst, the radiator, so he wants to run away. Very often we can find also narcissists, that are always looking at themselves. The webcam isn’t a mirror and the people on the other side don’t like this behaviour. 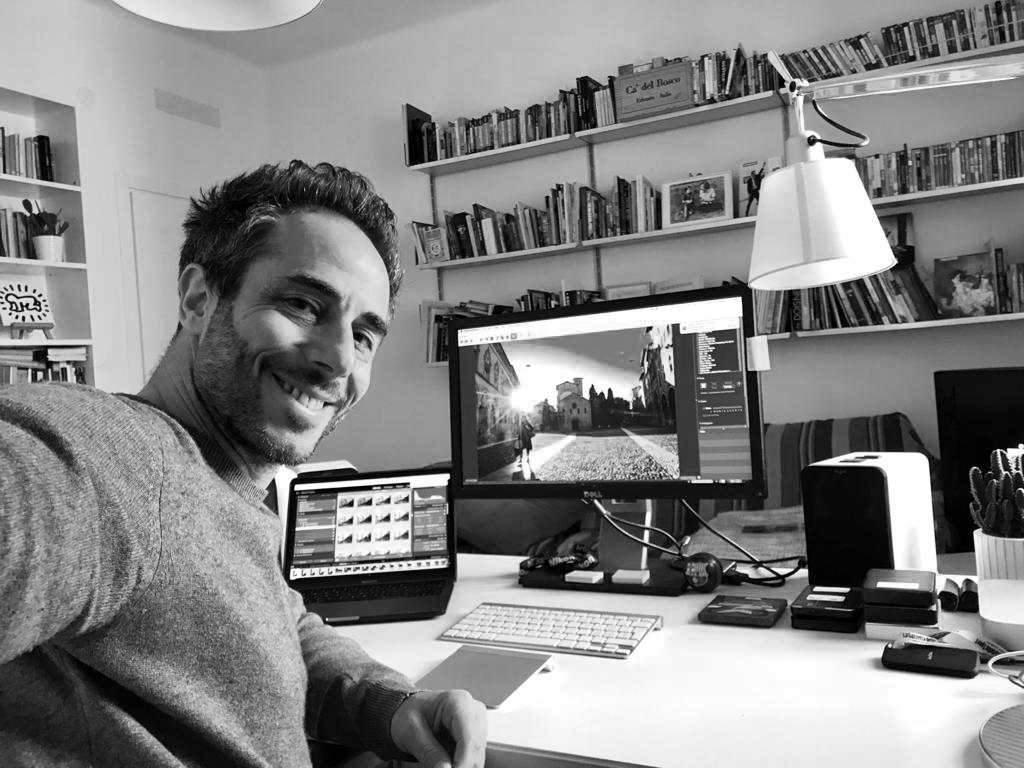 Look for the visual contact with speakers and keep a condition of silent background. 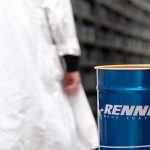 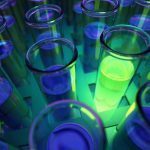