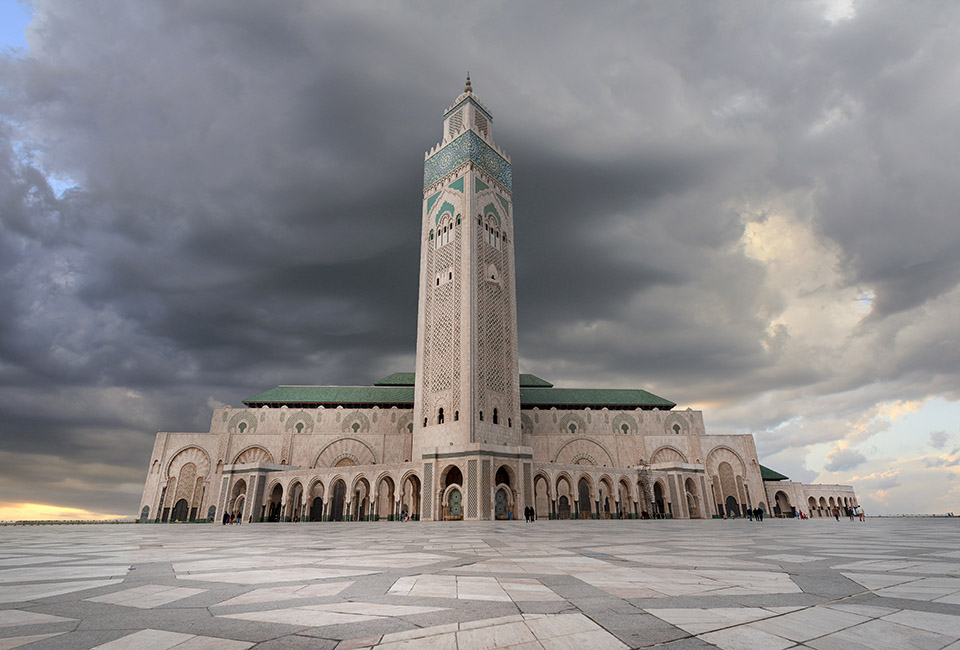 “And His throne was on water”. This says one of the Coran suwar, referring to Allah, who created the sky and the earth from that throne. The verse itself inspired the French architect Michel Pinseau to build his masterpiece: Hassan II Mosque, one of the biggest in the world. The Mosque is situated on a promontory overlooking the Atlantic Ocean, in Casablanca, Morocco. At the top of the Mosque there is a loggia made of cedar wood, which has just been restored.

The coatings for the restoration of the loggia were provided by Renner..

ONE OF THE MARVELS OF THE WORLD 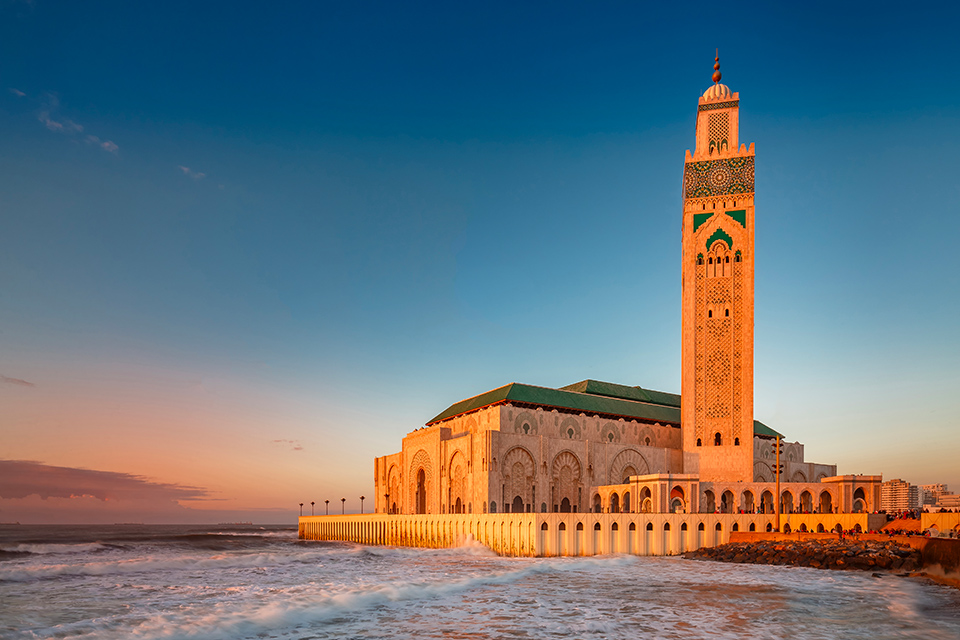 It is literarily leaning on water, on a big square of 90.000 square metres, that can host up to 80.000 believers. The inner room is 20.000 square metres big and can host 25.000 people. The minaret is 210 metres high, and up to some months ago, it was the highest in the world. It has been surpassed only by the Great Mosque of Algiers, which is 270 metres high.

The king Hassan II strongly asked for this work. The first idea of a great structure which could become the symbol of Morocco came to someone’s mind in 1980, during the king’s birthday. The project was assigned to Pinseau, who knew well the country and the Moroccan culture. 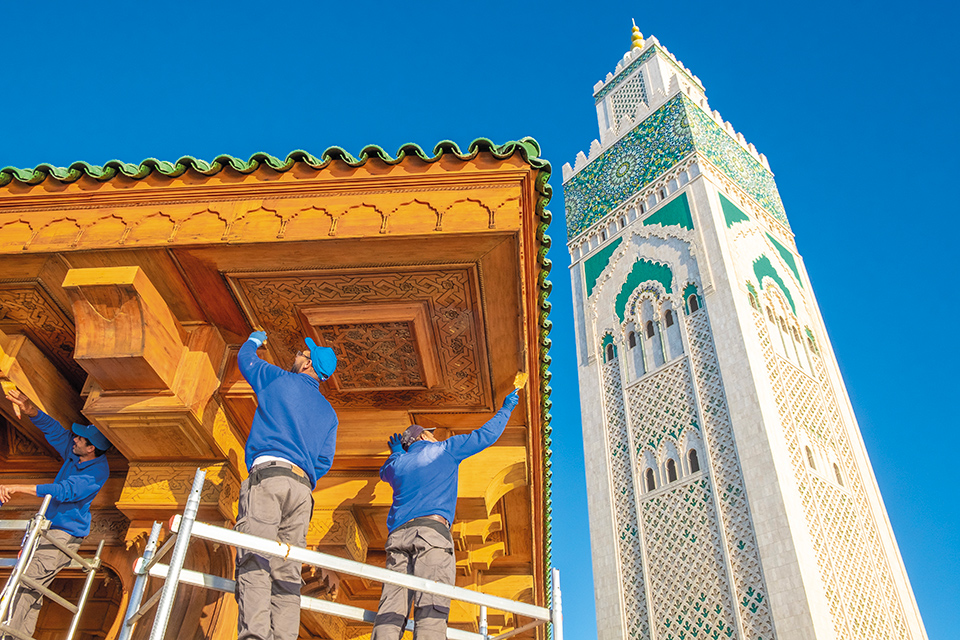 The work began in 1986 – Hassan II laid the first stone on the 11th of July – and engaged 20.000 workers and 10.000 artisans. The raw materials which have been used were almost exclusively all from Morocco, such as Tafraout granite, Agadir marble and Middle Atlas cedar wood. The 56 enormous chandeliers are made of Venetian glass.

It costed hundreds of million dollars and was completed on the 30th August 1993, during the mawlid days, the celebrations for Mohammed’s birth. Since then, it is one of the most fascinating religious buildings of the whole world, able to marry tradition and innovation. It was realised in Moorish and Arabian-Andalusian style. It is embellished by mosaics, chiselled ceilings and floorings and columns made of marble and stone.

The structure is able to withstand strong earthquakes and, from the floor of the main room, you can see the ocean water below. Among the exploited technologies, there are a retractable roof of 1.100 tons cedar wood, enormous electrically operated titanium doors and a powerful laser light situated on the minaret, aiming at Mecca. The minaret was built by means of a special cement, which is up to four times stronger than a normal one. 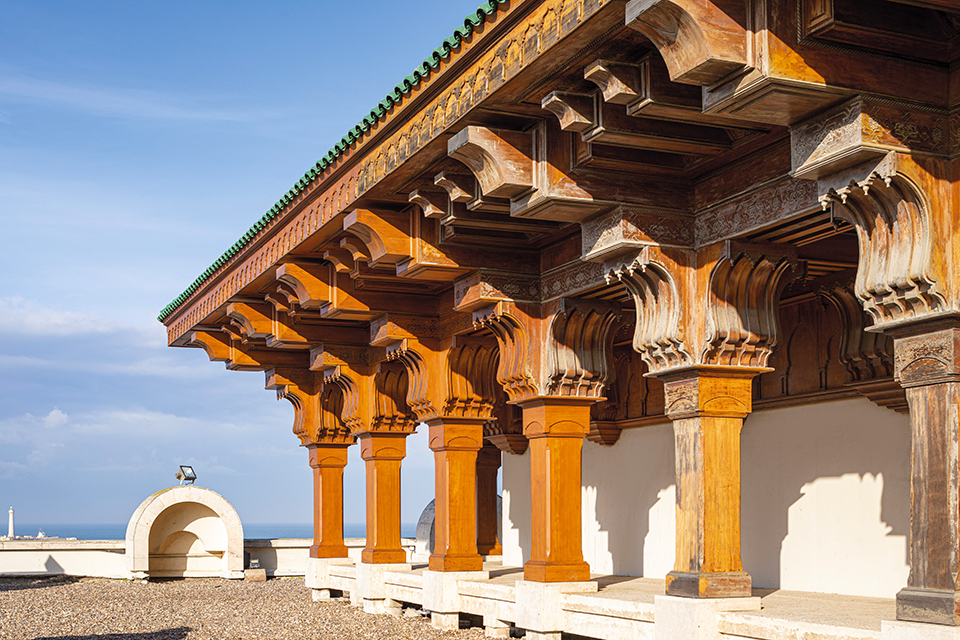 It is one of the few mosques opened also to non-Muslims. Due to its peculiar position it is also one of the most exposed to the action of winds, water and sun. For this reason, 25 years after the inauguration, an impressive restoration of the wonderful wooden loggia of the mosque was necessary.

To bring the 180 columns and the finely decorated ceiling back to the original splendour, Renner worked together with the Académie des Arts Traditionnels and the Fondation de la Mosquée Hassan II. Renner Italia laboratories have therefore studied the most effective solution. The mission was not only to restore it but also to best preserve and maintain it, in view of the future atmospheric stress. 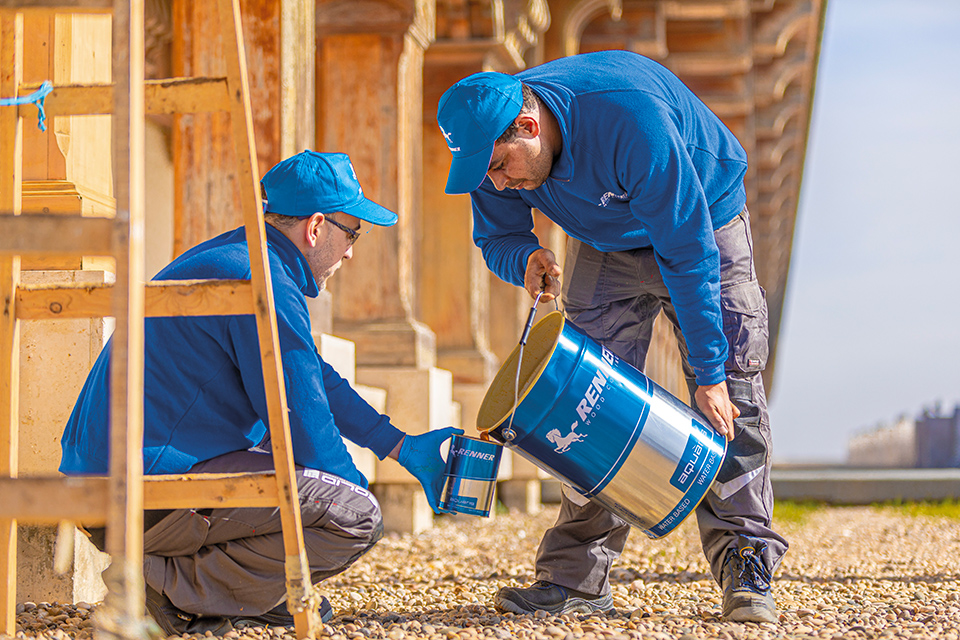 After a long and laborious removal of the old coating layer, the wood was then treated with Renner Ultimate Protection UV+ oils.
These products withstand water, do not peel off, prevent the proliferation of mould and bacteria, nourish the wood, shield it from solar radiation and protect it from salty sea mist. That’s exactly what cedar wood needs under those extreme conditions.

These oils are self-consuming and do not need sanding, thus making the next maintenance operations easier.

To support the huge work done by Renner Italia for Hassan II Mosque, a specially-made website is now online. It’s called rennerheritage.com and it collects photographs of the restoration process, images “before” and “after” the restoration and a small documentary.

The website is a proof of Renner commitment to the protection of art and historical and cultural heritage, not only the Italian one. Moreover, it explains the technologies and philosophy of the project. 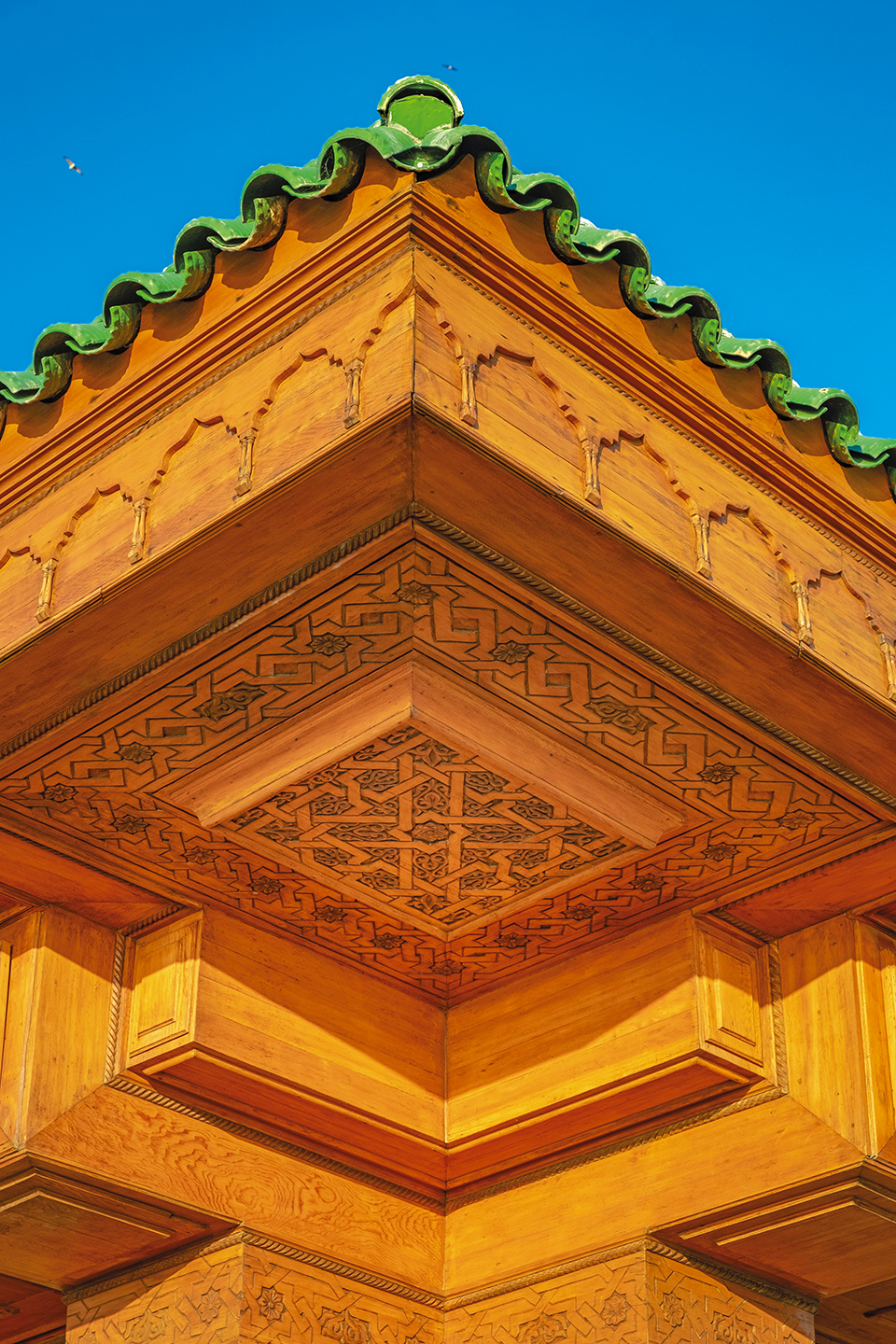